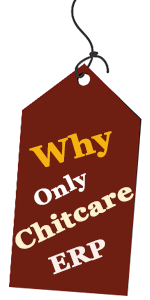 
CHITCARE is well known to be as a No.1 Chit Fund Software Company in India. Having 20+ Years of Experience in Chit Fund Domain with 400 Man Years of Experience. Our CHITCARE software is having some extra features when compared to other softwares which would reduce your efforts in Chit Fund Management. Worked for more than 2,000+ chit fund companies of India in Andhra Pradesh, Telangana, Karnataka, Tamilnadu, Maharashtra, Kerala, West Bengal, Odisha, Maharastra, Madhya Pradesh and in many other States in India.

Valuable Feedback from Our Customers who are using CHITCARE Software